The official-looking letters started arriving soon after Shanetta Little bought the cute Tudor house on Ivy Street in Newark. Bearing a golden seal, in aureate legalistic language, the documents claimed that an obscure 18th-century treaty gave the sender rights to claim her new house as his own.

She dismissed the letters as a hoax.

And so it was with surprise that Ms. Little found herself in her yard on Ivy Street on a June afternoon as a police SWAT team negotiated with a man who had broken in, changed her locks and hung a red and green flag in its window. He claimed he was a sovereign citizen of a country that does not exist and for whom United States laws do not apply.

Ms. Little was a victim of a ploy known as paper terrorism, a favorite tactic of an extremist group that is one of the fastest growing, according to government experts and watchdog organizations. Known as the Moorish sovereign citizen movement, and loosely based around a theory that Black people are foreign citizens bound only by arcane legal systems, it encourages followers to violate existent laws in the name of empowerment. Experts say it lures marginalized people to its ranks with the false promise that they are above the law.

The man who entered her house, Hubert A. John of Los Angeles, was arrested on June 17 and charged with criminal mischief, burglary, criminal trespass and making terroristic threats. Prosecutors in New Jersey are preparing to take the case before a grand jury, according to Katherine Carter, a spokeswoman for the Essex County Prosecutor’s office. He was released on his own recognizance.

But the strange letters declaring that Ms. Little’s home is not her own still come. They arrive on faux-consular letterhead using the name Lenapehoking of the Al Moroccan Empire at New Jersey State Republic. Lenapehoking was the land between New York City and Philadelphia that includes New Jersey and was home to the Indigenous Lenape tribe before it was colonized by European settlers. Mr. John and his group refer to themselves as Moors.

“The Moors claim to be about Black liberation and opportunity, and uplifting Black people,” Ms. Little said in an interview seated on a staircase inside her house. “But he is literally oppressing me and taking what’s mine as a Black woman.”

This past summer the Moorish movement exploded into public view, after Ms. Little posted viral TikTok accounts of her ordeal and when the police pulled over members of a militant offshoot of the group on a Massachusetts highway. That subgroup, known as Rise of the Moors, engaged in a standoff with the police for more than nine hours, claiming that as sovereign citizens, law enforcement had no authority to stop them. No one was injured; 11 people were arrested and charged with unlawful possession of firearms and ammunition, among other offenses.

Increasingly, across the country sovereign citizens have clashed with the authorities, tied up resources and frazzled lives in their insistence that laws, such as the requirement to pay taxes, obey speed limits and even obtain, say, a license for a pet dog, do not apply to them.

People who claim to be Moorish sovereign citizens believe they are bound mainly by maritime law, not the law of the places where they live, said Mellie Ligon, a lawyer and author of a study of their impact on the judicial system in the Emory International Law Review.

Initially espoused by white supremacist groups, sovereign citizen ideology first cropped up in America in the 1970s, according to the Southern Poverty Law Center. The Moorish permutation appears to have picked up in popularity in the 1990s, inspired in part by Black identity ideology of a similarly named religious group, the Moorish Science Temple of America, which disavows the sovereign citizen movement.

Membership in the Moorish sovereign citizen movement has been driven by the internet into the hundreds of thousands, the law center said. On its website, Rise of the Moors, for example, has cited reparations — part of national conversations about race and equity — as a driving factor for its belief that its members can claim things as their own.

Rise of the Moors, as well as the individual members arrested in Massachusetts in July, did not respond to requests to comment.

Why Mr. John set his sights on Ms. Little’s house is unknown. They don’t know each other, according to Ms. Little, who says they have never met before she found him in her home.

Like many Moorish followers, Mr. John adopted an Arabic-influenced name, Jaleel Hu-El. He did not respond to multiple requests for comment. Via an email, a staff member at the Al Moroccan consulate, where Mr. John is listed on the website as the consul general to the United States and China, initially scheduled an interview but then canceled.

The events of June 17 are a sharp departure from Mr. John’s public persona: Dressed in sharp suits and often wearing a red fez, Mr. John is a self-styled fashion mogul. In a podcast interview, he said he spent nine years in banking before buying a one-way ticket to China in the wake of the 2008 financial crisis.

There, Mr. John said, he was scouted by a modeling agent, kicking off a foray into the fashion world. He became fluent in Chinese and produced several fashion shows focusing on Black designers and models, according to multiple accounts. “They never had the opportunity for us to showcase our talent, so I created the opportunity,” Mr. John said on the podcast.

How he changed from dapper entrepreneur to a Moorish national confronted by a New Jersey SWAT team is opaque. Around 2018, the social media accounts associated with Black X, his business association, changed tone, with posts about how to obtain Moorish license plates and identity cards, and explainers of abstruse legal tactics.

In documents Mr. John posted online, he refers to Ms. Little’s house, which was built in the 1950s, as his “ancestral estate,” but according to the Essex County prosecutor’s office there does not appear to be a connection.

On June 16, Ms. Little came to inspect her dream home. She had closed on it in February and was planning renovations before moving in.

Buying the home felt like a triumph for Ms. Little, who grew up mostly in Florida as a foster child, finding security as a teenager only when her high school principal took her in.

She graduated from the University of Central Florida but struggled as a young adult, living out of motel rooms for periods of time. Now a senior customer service specialist with Jaguar Land Rover North America, she could afford to buy a house.

She tried to unlock the door but was puzzled: the locks had been replaced. The next day, she returned with a locksmith and was confronted by two men, one of whom was Mr. John and who said the house was his. After a heated exchange she called the police.

When the police arrived, both Ms. Little and Mr. John showed documents claiming the house was theirs, according to a report of the incident issued by Brian A. O’Hara, the Newark public safety director. She shared the property deed proving ownership, Ms. Little said, he the fabricated papers bearing the Al Moroccan seal.

The men “claimed to be sovereign citizens of the Al Moroccan Empire and that their status permitted them access to the property,” Mr. O’Hara’s report said. The officers verified that Ms. Little bought the house in February, and they asked the men to leave. They did.

Thirty minutes later, Mr. John returned, brushed past Ms. Little on the porch, she said, opened the door with his own key and locked it behind him.

When Ms. Little called the police a second time, they returned with a SWAT team.

Ms. Little is still shaken, enraged each time an ominous letter arrives in the mail.

“He feels entitled that something I basically worked my whole life for, something I was deprived of my whole life, especially as a kid not having a safe space to call home,” Ms. Little said. “I deserve it, not because of ‘ancestral lands’ or some scam trying to be pulled. I deserve it because I earned it.”

For decades followers of the Moorish sovereign movement have remained largely off the radar, cropping up mostly in outlandish-seeming news stories on their paper-terrorism tactics.

But across the country, they have clogged court dockets with those arguments, filing spurious lawsuits and burying county clerk offices in flurries of fake deeds, liens and other documents. Police departments nationwide have begun training officers on how to deal with people who drive without licenses or with fake plates and who claim the police have no authority over them.

When Jordan Fainberg, a real estate agent in Bethesda, Md., visited a mansion he was selling for its owner in 2013, he was startled to find inside a man named Lamont Butler who introduced himself as the real owner, with paperwork that referenced the Vienna Convention on Consular Relations and a peace treaty from the 1700s between the sultan of Morocco and the United States. Mr. Butler was arrested and convicted of several crimes relating to the home invasion. He could not be reached for comment.

“It was the most bizarre thing in the world,” Mr. Fainberg, recently. “This was just somebody saying the sky is purple when it’s blue.”

In Montgomery Circuit Court, Mr. Butler continued to claim his rights as a Moor. Judge Terrence McGann did not agree: “Under your set of rules, every house is fair game, you own the entire United States, you own the oceans, you own anything you want,” he said, according to reports.

“And that’s not how a free, orderly society works.”

Column: Airports to passengers: Do it yourself 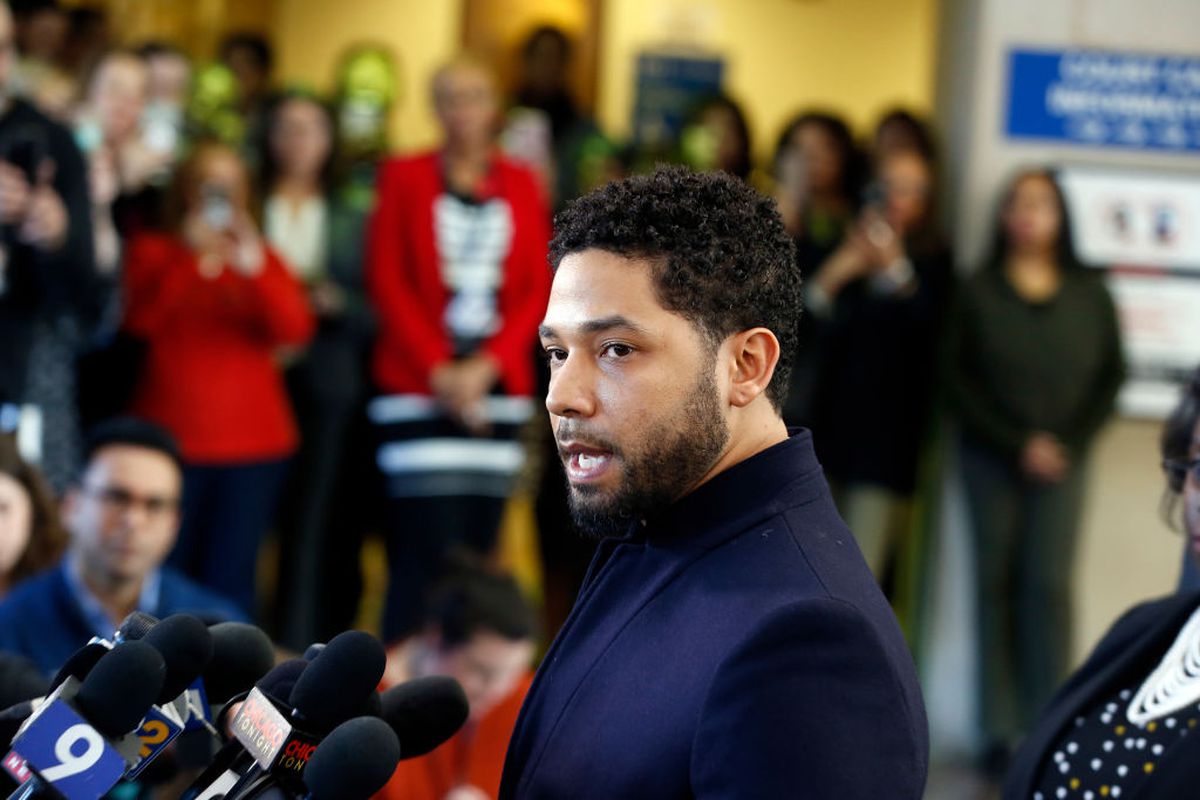 Mets Fall To Brewers After Being Eliminated From Playoff Contention