Here’s what you need to know to Get Up to Speed and On with Your Day.

(You can also get “5 Things You Need to Know Today” delivered to your inbox daily. Sign up here.)
The Supreme Court has blocked President Joe Biden’s nationwide vaccine and testing mandate for large businesses, dealing a blow to one of the administration’s largest attempts to use the powers of the federal government to mitigate the pandemic. The court determined that the Occupational Safety and Health Administration (OSHA), through which the mandate was enacted, has the power to protect against workplace harm, but not regulate public health more broadly. However, the high court did leave in effect a vaccine requirement issued by a separate agency for certain health care workers. Top trade groups that had filed appeals against the requirement hailed the SCOTUS decision. Meanwhile, more and more states are appealing for help from the National Guard to assist with care at overwhelmed hospitals. More than 155,900 Americans are hospitalized with Covid-19, a record high that even surpasses last winter’s surge.

The Justice Department has announced the first sedition charges related to the January 6 attack on the US Capitol. The charges, leveled against members of a far-right extremist group called the Oath Keepers, raise the stakes of the year-long investigation. Sedition is a serious federal crime that is defined in the US Code as two or more people trying to overthrow the US government. The case undercuts wider attempts to downplay the events of the riot by highlighting that some of those involved traveled to the Capitol specifically prepared for violence. In another big development, the House Select Committee investigating the attack has issued four subpoenas to Meta, the parent company of Facebook, Alphabet, the parent company to Google and YouTube, Twitter and Reddit to provide more documentation on what the social media giants did to address misinformation and extremism that contributed to the insurrection.

Another key inflation measure reached a record high in 2021. The US producer price index, which tracks what America’s producers get paid for their goods and services on average over time, rose 9.7% last year — the biggest increase since the Bureau of Labor statistics began recording such data in 2010. This metric is important because it can help show what cost increases contributed to rising wholesale prices, and how that is passed on to the consumer. The government also sees it as a reliable bellwether of inflation. According to a new survey, more than half of global CEOs fear inflation will stay elevated until mid-2023 or beyond.

A week of diplomatic talks between Russia and Western powers has come to a less-than-optimistic end. The US and its NATO allies had hoped to convince Russia to de-escalate aggressive military maneuvers along its border with Ukraine. However, Russia did not commit to pulling back the more than 100,000 troops amassed there, and made demands of NATO that the organization said were non-starters. The Russian military even conducted live-fire exercises along the border as the talks were ongoing. After the meetings, a senior US official said the “drumbeat of war is sounding loud and the rhetoric has gotten rather shrill.” It’s still unclear what the US plans to do if Russia doesn’t de-escalate, but also doesn’t invade Ukraine.

A huge winter storm is coming to the Eastern half of the US this weekend, bringing snow and ice from Canada through Minnesota all the way down to Mississippi, and back up to Maine. That includes areas in the South that are usually ill-prepared for such winter extremes. On top of that, a major icing event could take shape across the Carolinas and Virginia, leaving millions without power and impossible travel conditions. Despite all of the ice and snow, not to mention the record-breaking 17-foot snowfall that hit the Sierra Nevada region last month, the US has tied an alarming drought record. At least 40% of the continental US has gone 68 straight weeks in drought conditions. Almost all of the US drought is located west of the Mississippi River, with the worst of it hitting the far Western states.

That’s one view for every time it’s looped through your brain against your will.

Unfortunately, the answer is not “until it gets swallowed by a tote bag or ground into the floor mats of your car.”

Archaeology is cool, but so is leaving-cursed-objects-in-the-ground-where-you-found-them-ology! Let’s practice some of that!

You can tell how fast you are aging by how many artists you can’t recognize on major festival lineups.

‘A cockroach moving in my head’: Insect removed from man’s ear after three days

We’ve survived the murder hornets. We’ve braved the big spiders. But folks, this may be the very worst No More Scary Bugs story yet.

This major awards show recently took place, but you may not have known it since there was no televised ceremony, audience or red carpet due to Covid-19 concerns.

A. the People’s Choice Awards

B. the BAFTA Awards

“With The Queen’s approval and agreement, the Duke of York’s military affiliations and Royal patronages have been returned to The Queen. The Duke of York will continue not to undertake any public duties and is defending this case as a private citizen.”

— a statement from Buckingham Palace announcing that Prince Andrew has been permanently stripped of his military titles and charities. The statement comes a day after a judge ruled a sexual abuse civil lawsuit against the Queen’s son could proceed.

5 Things is growing! This is going to be an exciting year for us, and you’ll be seeing some new bylines as we expand our 5 Things world. Please give a warm hello to Alexandra Meeks, who will be your new daily 5 Things writer starting next week. Andrew Torgan is also joining the team as the daily 5 Things editor. They are awesome and I know you’ll make them feel as loved and welcome as you have made me feel. But don’t worry — this isn’t goodbye from me! I will still be part of the team, working behind the scenes and occasionally popping back in to spend a morning with you. (If you didn’t know, I also write CNN’s The Good Stuff, an uplifting newsletter that comes out every Saturday. You should sign up!)

As we change and grow, I also want to pause to say thank you. Thank you for your kind messages and your thoughtful ideas over the years. Thank you for tolerating my irregular sense of humor and running jokes about bugs. Thank you for continuing to wake up with us day after day, through the good news and the bad. Our 5 Things family is truly special because of you.
— AJ

Here it is, my favorite piece of music. A soul-stirring finale to one of the greatest symphonies of all time. Let the wings of Gustav Mahler’s Second Symphony carry you onward in triumph. (Click here to view)

Is 'partygate' one scandal too many for Boris Johnson? 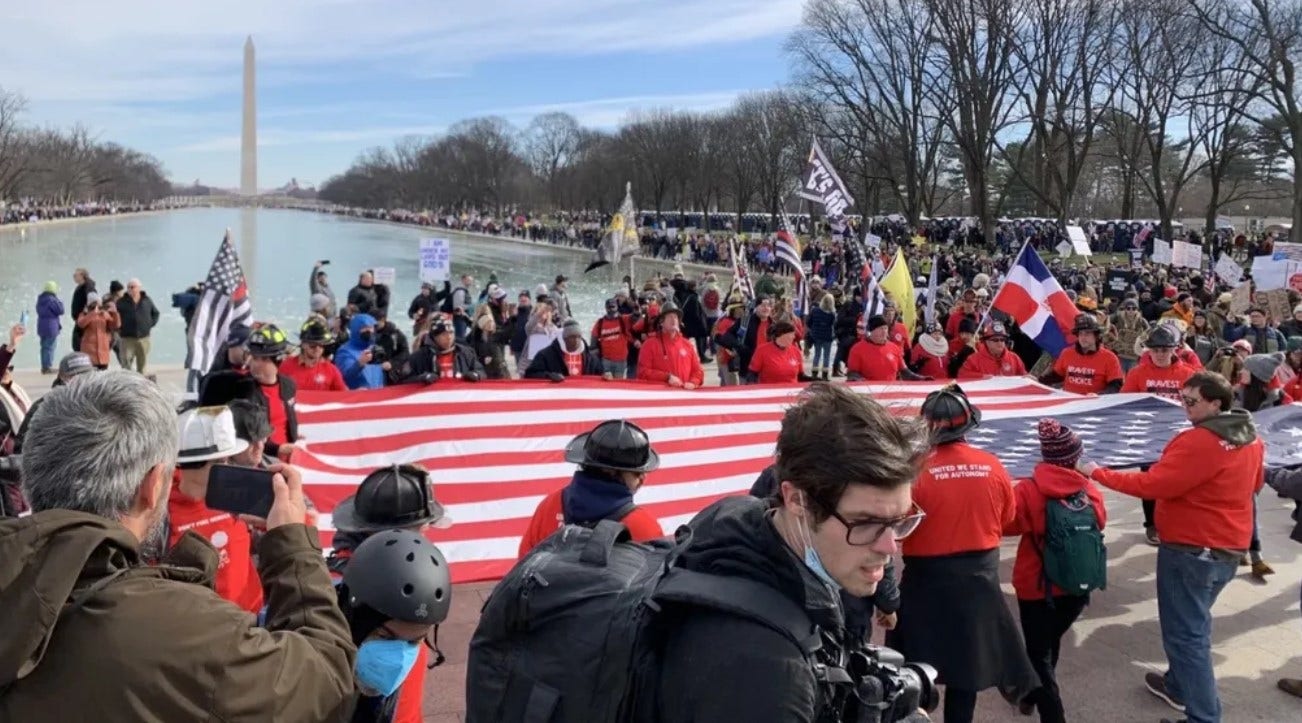 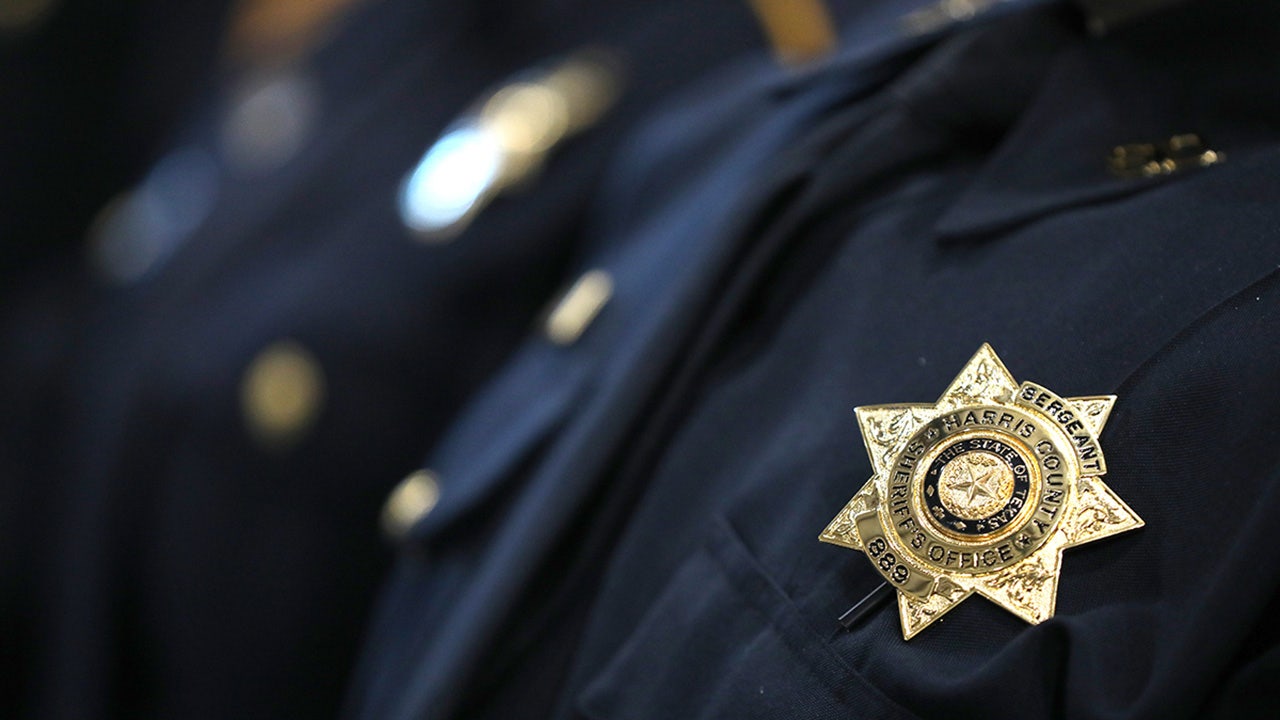